The Boca Raton in South Florida has a storied history that puts it into the category of world-famous resorts and private clubs, to say the least. Addison Mizner, the acclaimed Florida architect, opened its doors to guests in 1926 when it was called the Ritz Carlton Cloister Inn. The property instantly became the place for a well-heeled crowd to see and be seen and to enjoy the oceanfront setting, unparalleled service, and fine dining.

Over the next half century, the resort grew its footprint by adding more restaurants and rooms that were divided into five hotels, each with a distinct style. The name also changed to the Boca Raton Resort & Club.

Now comes another reimagination that starts with a new, shorter moniker: The Boca Raton. Owners MSD Partners, L.P., and the Northview Hotel Group describe this recent $200 million undertaking as “a new golden era.” Their renovation includes a redesign of the 200-acre property’s public spaces and a blockbuster lineup of new amenities, including a destination spa and standout restaurants.

The heart of the facelift is at Cloister, The Boca Raton’s first building and the center of the resort’s action. A mix of Spanish Mediterranean, Moorish, and Gothic influences, the building has been restored from top to bottom, including the barrel tile roofs, archways, intricate mosaics, and beamed ceilings decorated with cypress trees. In addition, the pink façade that gave The Boca Raton its nickname as a “pink palace” has been repainted in the original coastal white, as it appeared in 1926.

Celebrated architect David Rockwell introduced new elements into the area, such as limestone floors, cast-iron light fixtures, and dark gray lacquer. “We didn’t want to reproduce what Mizner had done,” he says. “However, we wanted to create a more cohesive design language in the lobby, which is something he would have appreciated.”

What’s a destination resort without a destination spa? To that end, the 50,000-square-foot Spa Palmera is almost complete in its new incarnation as a mini Alhambra, the incredibly picturesque palace in Granada, Spain. Colin Cowie, a celebrity event planner and interior designer, is leading the redesign and says that the Alhambra is a historic site that’s one of his favorite places in the world. “I love the culture, architecture, gardens, and romance,” he says. “I wanted to replicate that in Boca Raton.”

His vision has seen the Great Hall, where guests gather before and after treatments, transform into a space with 35-foot ceilings, patterned walls and balconies, and an oversized stone fireplace. Towering glass doors lead outdoors to a large garden with a swimming pool that’s currently being planted with an abundance of trees and flowers found at the Alhambra, such as cypress trees, night-blooming jasmine, and wisteria. In addition to 44 treatment rooms, this escape to the south of Spain features a new Himalayan salt room and Vichy shower.

Now to the imbibing and dining, a highlight of any memorable getaway. Major Food Group, founders of some of the hottest eateries around, such as Carbone in New York and Miami, is behind four of the more than 12 new venues, two of which are already open.

An Italian concept called Principessa Ristorante is scheduled to open this spring, while a Japanese eatery is slated for later this year.

Major Food Group cofounder Jeff Zalaznick says that he stayed at the resort several times on vacation with his family while he was in school. “We, as a group, love historic projects, and when we had the opportunity to help bring the property into its next chapter, we couldn’t pass it up,” he says. “We want to set a new standard in Boca Raton and in South Florida in general on what dining out can be like,” he says.

Another standout on the food and beverage front is the Palm Court, a lakefront cocktail lounge with towering ceilings and coastal views. Rockwell was tasked with redesigning the space that has Spanish Colonial–style architecture. “The original Palm Court in the 1920s was open-air, and we wanted to bring back that courtyard experience and make it glamorous yet welcoming,” he says. It’s hard to miss the backlit bar with a green ombré piped glass and stone top. However, the arches, which are new and coexist alongside the original beams, lead the eyes to the water and are equally compelling. Imbibe on a Mediterranean Mule or Hemingway Daiquiri, perhaps, and listen to the live bossa nova jazz musicians that entertain guests in the venue as you pass the night away.

When it comes to hanging your hat, The Boca Resort still has five hotels. The adults-only Yacht Club and Bungalows are new. The latter is set in a residential neighborhood and ideal for long-term stays with its two-bedroom suites, while the Yacht Club is the most upscale. Overlooking Lake Boca Raton, the hotel features a butler on each floor to tend to guests.

Another new amenity worth mentioning is the Harborside Pool Club, which features three swimming pools, a floating river, a pool bar, and luxury cabanas with butler service. It’s already a mainstay for guests and club members, including those who have been regulars at the resort for decades.

More changes are underway for the South Florida icon in the coming few years, but until then, a fresh cadre of travelers, along with those who have returned time and time again, have plenty to look forward to during their stay.

Other recent significant hotel renovations include:

Architecturally, Florida is perhaps best known as one of the world’s foremost homes for Art Deco. Today, almost every prominent ...Read More 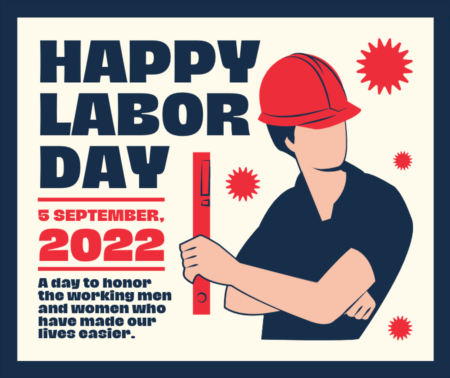 The first Monday in September is celebrated nationally as Labor Day. So how did we get the holiday and why is no one quite sure who created it? The ...Read More 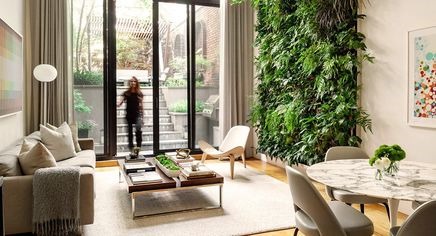 These Home Design Trends Are Everywhere This Summer

With summer in full swing, beach days and pool hangs are top of mind for many of us right now. But with so many refreshing home design trends ...Read More